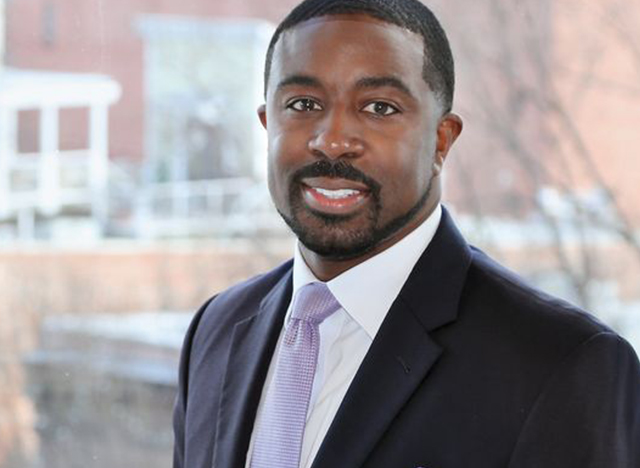 Read the full article on the Upstate Business Journal website.

James Jordon, owner of The Jordon Companies, found his life’s work in bringing out the beauty of homes and communities.

James Jordon, owner of The Jordon Companies, said he graduated high school with a GPA that hovered somewhere near 1.2. He struggled through high school, and toward the end of his high school career, his parents sat him down and showed him how to build a plan and identify goals.

He wrote his dreams with abandon and is surprised today at how closely his life mirrors the ideals his 17-year-old self had listed. It’s not a subject he discusses lightly (although he is quick to laugh and find the humor in most any other topic).

His path has led to his owning a company that has done projects throughout Greenville and South Carolina. He talked with UBJ about his approach to business and life, and the relationships that have led to his successes as an entrepreneur.

How did you get from a 1.2 GPA to being a general contractor in Greenville?

I started looking more at the end and where I wanted to get to and the daily actions that got there. It gave me a reason to really work. Another big part of the equation was, after I put the plan on paper, the help that started showing up and the people who were interested in helping me get these things accomplished. Opportunities just started appearing. I had folks who believed in me that I didn’t want to let down, so I just became very persistent. That piece of paper keeps you accountable, too: the last thing I want to do is lie to me.

How it ties to Greenville for me is – and this is on the personal and business side – that I’ve never been part of a community that rallies around and is willing to support folks the way that this Greenville community is. The Chamber, Small Business Association and Small Business Development Council, and South Carolina Department of Transportation have all been incredibly helpful. In addition, there have been larger businesses that have supported us as well, helping make inroads. People like Richard Hagins and US&S. Brassfield and Gorrie has provided an excellent mentor-mentee type of relationship.

What challenges have you experienced?

You know, I look at everything as an opportunity, so it’s hard for me to really even consider it a challenge. My team shares the same philosophy, so we rally around each other and whatever it is, we’re going to try to figure it out. Whenever I have run into a challenge, I’ve been able to reach back to some of those resources I mentioned before.

Did you have a construction company in Milwaukee?

My entire professional career has been in real estate development and construction. I grew up in and around the business. My dad was a general contractor. My granddaddy built houses. It’s a kind of “buildings are in our blood” type of deal. I started renovating residential properties on my own when I was 18 years old.

What is it about the business that you like?

The transformation. On the renovation side, it’s seeing something go from something people don’t necessarily see the potential in – something you might want to just tear down or throw away – to be able to bring that back and show the real beauty in it that everyone might not see is a charge.

That almost sounds like something you’d say about a person.

Yeah, that was me.

In a business where there are often issues with deadlines, some problem under the floors, behind the walls or under the dirt –

How do you deal with what many might see as constant frustrations?

Yoga [laughs]. And construction is my passion. I really love it. Plus I believe when you really keep in mind where you’re trying to finish, those things that come up daily become pretty small. If you love what you do, you figure it out. The other thing that’s major is not letting people down. I’ve made a commitment to finish, and come hell or high water, that’s what we’ve got to do.

If you weren’t in construction or development, what would be doing?

Trying to find a job in construction. You try to take the fish out of water, that’s what happens. I wish I could show you that paper where I wrote my goals. It said back then part of the goals was to renovate and rebuild communities. I kid you not, it was on a plan that was written back in ’97.

Where do you go for motivation?

My biggest motivators are my two girls, an 11- and a 7-year-old. So I’ve got to keep going, you know? Daddy doesn’t have a choice. I love to have them around the office.

I love the motivational greats like Zig Ziglar. Lately I’ve been on my Deepak Chopra kick, learning more about how to quiet the mind, turn the volume down for a minute, and then just attack things with a renewed energy. I started meditating daily around 2010 and it’s made a tremendous difference.

So that fuels your business as well?

That, plus I have a lot of natural curiosity. When I learn about something like yoga or whatever it is, I just want to keep digging to really find out about it. When I learned about government contracting we just started digging. Then I heard about special certifications and kept digging into that. Curiosity is something I encourage around here.

We’ve also had seven interns since we started, which is very important to being part of this community. But there’s also a great talent pool of people with their own visions, dreams and goals, and if we can be a catalyst to help them get where they’re trying to go, that’s great.

What does it take to see something beautiful instead of something that needs replacing?

It’s really the desire to want to work with what’s there first. Let’s brainstorm every potential repurpose of something before we just say it’s got to be scrapped. Let’s get some architects and some folks who might often be removed from this process and say, “How can this be redone?” Sometimes the math of it says it’s just not going to work, but when you walk into something with the mindset that there’s got to be a solution, it helps drive you to really find one.